Plants Deemed Illegal to Own or Sell in the U.S.

Whether you’re adding to your plant collection or plotting out next year’s landscape, there are a lot of things to take into consideration. In addition to assessing a plant’s needs and its placement in your garden, there’s another step you should take before you start planting, buying, or selling. You should make sure that you’re not planning to plant something that’s illegal to grow in the United States. While some of them are beautiful and popular in other parts of the world, growing them in the U.S. can come with harsh legal consequences.

Lophophora williamsii has become a hot collector’s plant, but the cactus is illegal to grow in all U.S. states except Texas. Containing natural amounts of the psychoactive compound mescaline, it is considered a Schedule 1 drug throughout the country. Although there are exemptions for Native American religious ceremonies, possessing or propagating the plant is otherwise forbidden.

Pseudocorus (Yellow Iris) is a stunning plant that’s native to the part of Europe. Though not illegal in all parts of the U.S., a growing list of states have already added it to the list of plants that shouldn’t be grown there. When pseudocorus is planted in wetlands, it creates thick, impenetrable barriers similar to cattails. However, it can quickly stave the growth of any surrounding native plants.

Once considered great livestock feed, the woody vine known as Pueraria montana (kudzu) is native to East Asia. Able to grow over a foot a day, it can quickly take over entire forests, and it’s nearly impossible to stop. Pueraria montana has invaded large swaths of the United States, and its been deemed illegal to grow.

Native to the Indian region, saccharum spontaneum grows like tall, bushy grass with large oatmeal color plumes. While it is a gorgeous plant, it’s considered one of the United States’ invasive plants. Growing up to nine feet tall, its perennial nature causes large problems for the native plants and grasses that grow in the wetland areas of the country.

Although there are many varieties of poppies that can be grown in the United States, there’s one that is considered illegal to own or to cultivate. Papaver somniferum (opium poppy) contains the opium that’s needed to create powerful narcotics, and the D.E.A. (Drug Enforcement Agency) forbids it from being grown on U.S. soil. Thriving in climates like the Mediterranean region, it’s not ideal for growing in much of the U.S. anyway.

Before you start planting, it’s always a good idea to check with your local agricultural agencies to see if there are other invasive or illegal plants you should avoid adding to your collection or your garden. We’ve listed the most widely known illegal plants throughout the U.S., but there may be others you should consider. Rules and regulations will often vary from region to region. 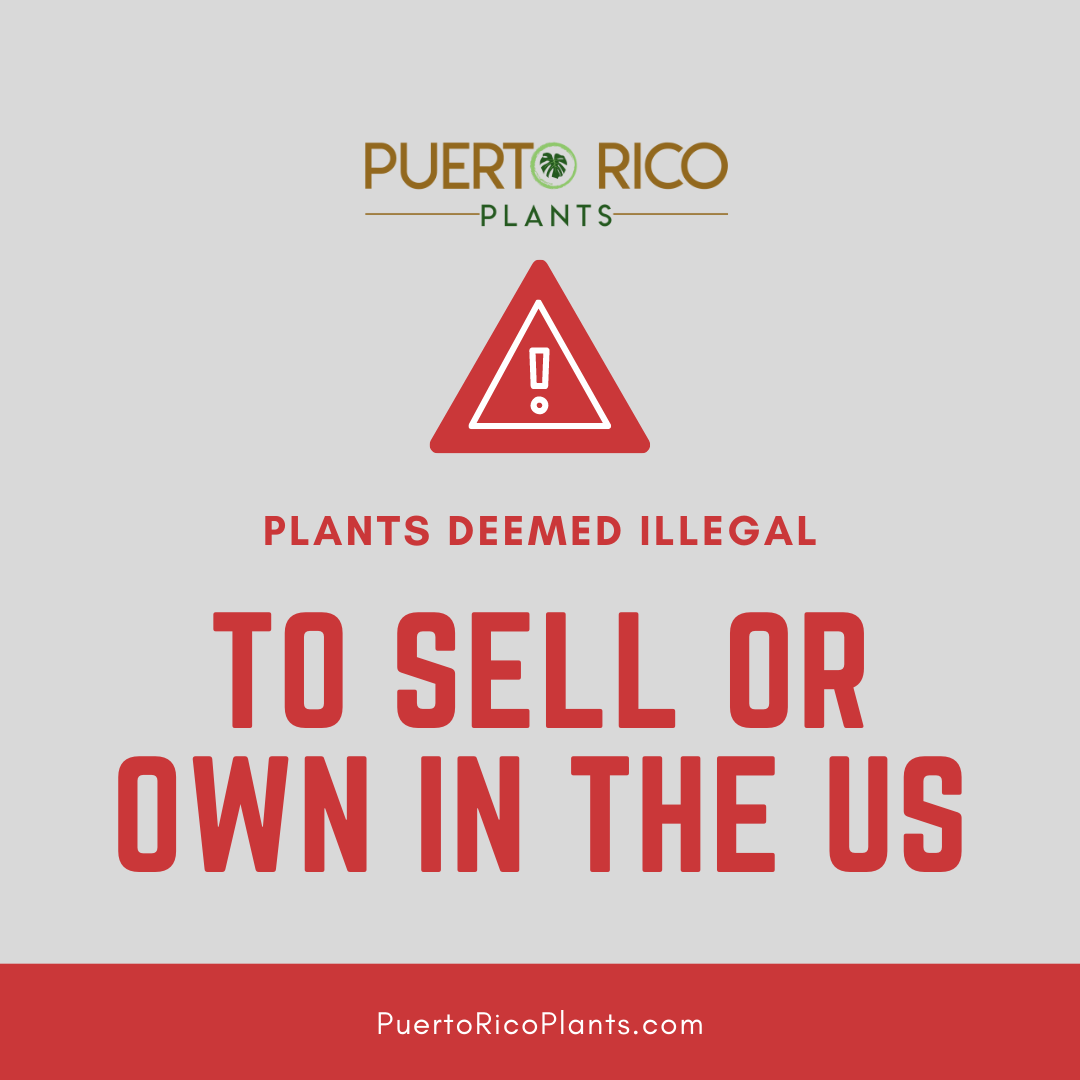